Nestled in an old bank building near downtown London, Ontario is a room full of acrylic stands sporting tributes, portraits and stories related to a uniquely Canadian thing.

“We don’t believe that there’s any other country in the world that has honoured its medical heroes the way we have,” said Bryce Taylor, Vice Chair and President-Elect of the Board of Directors of the Canadian Medical Hall of Fame.

The Hall of Fame began in 1994 as a way to honour individuals who have made seminal discoveries and contributions to health care and the field of medicine.

“I think those of us who are involved in it feel it’s quite appropriate that we have a medical hall of fame because of the fact that for most Canadians, even though we do have some challenges in our healthcare system as everybody knows—it’s too expensive, sometimes you have to line up and so on and so forth—it’s part of the fabric of Canada and part of what makes us Canadians in contrast to, for instance, the States,” said Taylor, who also serves as Professor of Surgery at University of Toronto.

The honourees include more notable names like Tommy Douglas and Emmett Hall, two fathers of the Canadian healthcare system, and Terry Fox, thanks to the money raised by his annual runs since his death. But there are also less recognized names—people who Taylor says have contributed greatly to the field, but whose accomplishments may not be as easy to comprehend.

“As time goes by, we’re honouring people that are making scientific advances that perhaps aren’t as easy to recognize for the average person as, for instance, Banting and Best, who ground up some pancreas and injected it into dogs and it proved that for the first time insulin can help a patient with diabetes. That was a very clear thing that […] we can actually see. That’s something I can get my mind around. And now when people are talking about seminal contributions being made with mitochondria and passage of certain chemicals across cell barriers and that kind of thing, it’s a little bit harder for people to grasp.”

The Hall isn’t simply a tribute to the past, though; it also has its foundation set firmly in the present and looking toward the future. 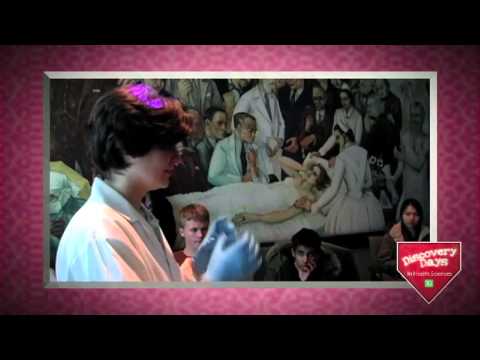 “The whole vision of the Hall is to not only celebrate and honour heroes who have made these seminal contributions, but to inspire young people in the pursuit of scientific careers. And for the last 20 years and building, I think we’ve done a lot to go in both of those directions, both to honour the past and to try and stimulate the future,”

The Hall supports a number of scholarships. Every year they give out $1,000 endowments to four high school students on the basis of their accomplishments and character. More recently, the Hall and its board began offering a new endowment. The award is for medical students in their final two years of school. Taylor says they’d hoped to hand out between two and four of the scholarships, but as the fundraising continued and the amount grew sizably, they ultimately ended up handing out 17 awards—the exact same as the number of faculties of medicine in the country.

“Each of the winners of these awards and the CVs of these students are just unbelievable. I mean, many of us on the board thought ‘my god.’ I mean, if you’re reading one of these things you think you should be starting your life over again. The accomplishments of these young folks is just astounding,”

Taylor says he and his fellow board members not only hope the $25,000 endowment will help top scientists of the future and potential future laureates, but that it will also help raise the profile of the Canadian Medical Hall of Fame. All of the money for the scholarships is raised from donations by various corporations and private people. The dollar amount attached to the award has caused them some problems though.

“That created a bit of a challenge for the deans because in many of our universities that ended up to be the richest award that they give out,” said Taylor. “What we think might be more reasonable is a slightly more modest award maybe covering over two or three or four years.”

Taylor says they also put the donors in touch with the students who receive the award.

“We hope that they’re going to follow their careers which is actually kind of exciting for people. We had one fellow who was so excited he supported two awards.”

The Hall also offers Discovery Days 15 times a year at universities across Canada. These events are intended to stimulate high school students.

“Discovery days [are when] the students spend the better part of the day talking with one of the laureates who gives a talk, and they really get their hands dirty, as it were, into the science of medical discovery. They can do everything from suturing to working with models, these sorts of simulations and that kind of thing,” said Taylor.

The Hall’s annual induction ceremony is held in April, honouring five or six new laureates. The event is held in a new city each year, with next year’s host being Quebec City.

Laureates are selected by an arms-length committee, currently chaired by Alain Baudet, head of the Canadian Institute for Health Research. The committee decides based on nominations on behalf of the potential laureates who will receive the honour.

There are some potential difficulties for the Hall ahead though. All of its board members are volunteers, comprised of not only doctors, but also leaders from various healthcare fields. The heads of nursing and pharmaceutical faculties are just some of the people who make up the board. But they do have a staff at the physical location to pay and endowments to fund. Taylor says the board has also discussed increasing the interactivity at its physical location, taking a hint from the Hockey Hall of Fame in Toronto.

Inside the Canadian Medical Hall of Fame

“I think one of our problems is of course that in this tough time of raising money it’s a lot easier to raise money in medical science, for instance, if Doctor X is doing something interesting and it’s for sure going to help a number of patients tomorrow by publishing this wonderful invention. It’s a lot easier to raise money for that than it is to herald some of our laureates.”

Taylor believes the Hall holds an important place in Canada. He says he intends to continue fundraising from industry and private donors because he believes it’s an important thing to keep around.

I think it’s a great sense of pride for us as Canadians and to be a Canadian we can stand up for something and it’s part of our fabric. That’s really valuable in and of itself,

“The stories of the laureates are incredibly important. If you’ve gone on the site, the things that laureates have done, some of them are heroic and public, others are just contributions that are made by slugging over a period of decades and in a scientific way.”

For Taylor, the Hall is about more than honouring the past though. He believes it’s integral to the country’s future.