Over 20 years ago, I found myself in the basement of a house on Isabella Street in downtown Toronto, handwriting receipts for donations given to a fairly new project called Casey House Hospice . I guess you could call it survivor guilt but by the mid to late 80’s I had a lot of friends who had been lost to HIV/AIDS. I became involved in fundraising for Casey House, sat on the Board and in the early-90’s was President of the Board of Directors of Casey House. I learned so much and was motivated by the work and words of the great June Callwood , who felt that death should be a “velvet experience”. 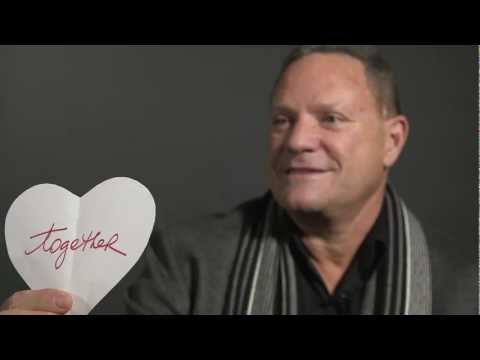 I was lucky enough to be part of a group that welcomed Princess Diana to the house: not many people know this about Diana, Princess of Wales but she was not only strikingly beautiful but conversant in sign language (ASL ) and physically touched the residents at a time when many of their families would not.

A few days ago, the Canadian Living magazine approached me to talk about Princess Diana's visit that day. You can read the whole article below.

As it happens, today is World AIDS Day. Over the past years we have been honoured to do what we can for Casey House Hospice. The facility is growing but so is the infection rate. Please support the cause and SHARE.

You’ve seen the pictures—Princess Diana, wearing a pale pink coat and a bright smile, engaging with patients at Toronto’s specialty HIV/AIDS hospital, Casey House. The pictures were taken 25 years ago, when many feared that HIV could be contracted through casual contact with those who are HIV-positive. During her visit, Princess Diana shook hands with patients, kissed them on the cheek, and engaged with them and their families in an effort to dissipate misconceptions around the disease, raise awareness, and show love and warmth towards those affected.

Before Casey House opened in 1988, those diagnosed with HIV/AIDS were being treated coldly at hospitals. “Nurses wouldn’t tend to their bedside; They wouldn’t deliver them food,” says Joanne Simons, present CEO of Casey House, “they were obviously really concerned about contracting HIV themselves and [there was] really a lack of understanding that it couldn’t be transmitted through touch.”

The first client at Casey House was “brought in by paramedics and they were fully gowned, top to bottom,” says Simons. But, June Callwood, one of Casey House’s founders, welcomed the client by wrapping her arms around him “to emphasize that fear didn’t need to be there and people needed to be treated with compassion”—a message Princess Diana also sought to elucidate upon her visit to the hospital in October 1991.

“The thing that stuck out in my mind over the years…was how approachable she was,” says Richard Silver, a founding volunteer and former chair of the Casey House board of directors, who was present for Princess Diana’s visit. He recalls that upon her arrival, “the Princess, rather than standing above and bending, bent her knees completely and sat on her heels and chatted with this person, one of our clients, who was there to greet her.”

She went from room to room, met with the patients and their families, wearing no gloves or a mask—and this was in a time when there were parents who wanted to be masked and gowned when they went for a visit and wouldn’t hug their kids. Silver recalls, “here was the Princess who…casually talked to people, sat on a bed, chatting with somebody about their families…[it] was so uplifting for the residents and their families.” Her openness and the way she embraced those with HIV/AIDS played a huge role in getting people to “understand the disease and not being afraid of it.”

After her visit, Silver says Casey House received donations that helped them expand to in-home programming and home hospice where people could be cared for where they lived.

Today, Casey House is constructing a 58 000 square foot redevelopment, which will allow them to offer clients a day health program. Simons says, “When we’re up to 100% capacity, we’ll have about 30 000 visits a year from clients.”

Clients will be able to go to the hospital two or three times a week for six to nine months, depending on their needs, “and either see nurses one-on-one in a clinic setting, or they’ll be working with mental health therapists, harm reduction case workers, [and] they can access things like massage and rec therapy.” The goal is to create a social community for Casey House’s clients, keep them connected to resources and adherent to their medications, and help them feel as respected, cared for, and supported as possible.

When asked where she hopes to see the hospital 25 years from now, Simons replied, “I hope that it is used for something else.” As today’s tools and resources continue to develop, we can help people maintain their health or not be affected by HIV at all. There are medications people without HIV can take to ensure they don’t contract it if having sex with someone who is HIV positive or coming in contact with needles. But, stigma around the disease, cost for the medications, and access to treatments create barriers to achieving such progress.

In 25 years, there’s no reason why we will not be able to see people living well and healthy, and really slow the infection rate of HIV, but that will require very assertive effort and focus Canada-wide to ensure that those who are at risk understand what they need to do to be able to protect themselves.

And so we fight. We fight to de-stigmatize HIV/AIDS, we fight for access to treatment and testing, and we fight to ensure those affected continue to be treated with the utmost care and compassion, as Princess Diana did 25 years ago.


Get free tips on how to prepare your condo for sale!

Subscribe to our newsletter below to get our tips on preparing your condo for sale to get the biggest bang for your buck possible.


Get a FREE e-book “Tips on selling your Toronto home in no time & for MORE money “!

Subscribe to our newsletter below to get “Tips on Selling Your Toronto Home in No Time” free e-book.

Subscribe to our newsletter below to get our FREE  E-book Sell Your Toronto Home in No Time and For More Money!